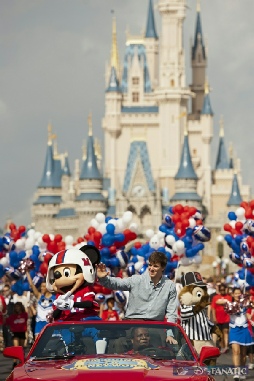 "I’m going to Disney World!" proclaimed Manning Sunday shortly after his team scored a dramatic 21-17 win over the New England Patriots to capture Super Bowl XLVI in Indianapolis. In a gala parade Monday at Magic Kingdom, Manning made good on that promise, waving and smiling alongside Mickey Mouse from a red convertible in the shadow of Cinderella Castle.

Fans of the Giants and Manning, including those sporting team jerseys Monday, got to see their hero up-close in the place where memories are made. New York Giants balloons mixed in with red, white and blue balloons along the parade route, Mickey Mouse was joined by other Disney characters and confetti in the shape of the Lombardi Trophy (awarded to the NFL champion) rained down on the happy scene. Manning was joined in the Magic Kingdom by NFL Youth football players.

Manning’s "I’m going to Disney World!" — anchoring one of TV’s most enduring and iconic Super Bowl commercials — was captured seconds after the final whistle. Monday’s visit marked his second "What’s Next…?" appearance in the Disney commercial. In 2008, Manning was celebrated following the Giants’ 17-14 upset win over the Patriots in Super Bowl XLII.

This latest commercial is the 45th in a series that began in 1987 following Super Bowl XXI. The first "I’m going to Disney World" commercial, featuring New York Giants quarterback Phil Simms, was regarded as a groundbreaking concept – a produced national commercial involving a current event, airing on major networks within hours of its conclusion. Manning again joined a lineup of people from sports and beyond who have celebrated milestone accomplishments in "I’m going to Disney World" commercials. 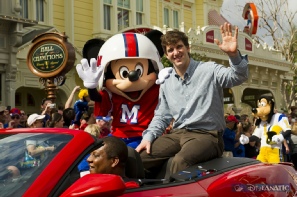 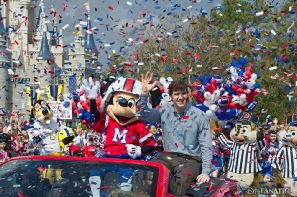 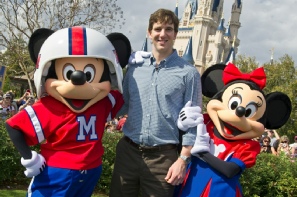 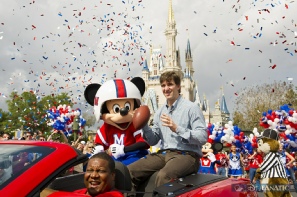 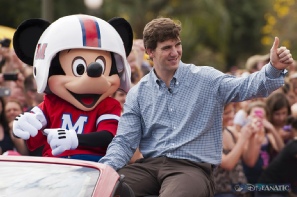 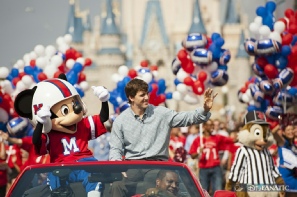 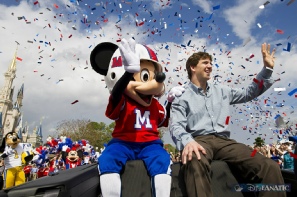 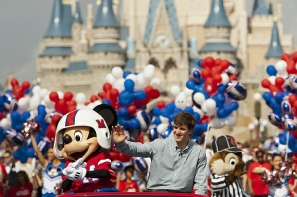 Number of Spots Since Inception: 45