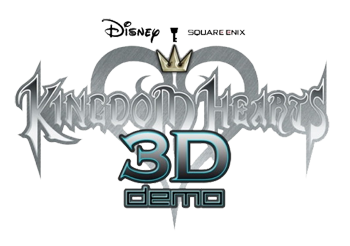 Taking a break from Birth by Sleep real quick here to give you all a quick update on another Kingdom Hearts title that was talked about back in June at E3. Kingdom Hearts 3D, a tentative title being used in the production stage for the next game in the series.

I am super excited for this game as it will be the first time since Kingdom Hearts 2 that we will go back to playing with the original Kingdom Hearts crew of Sora and Riku. Not many details have been released so far on this game. We do know that is being developed for the Nintendo 3DS, the next generation of the Nintendo DS line which will as the name implies be capable of giving the illusion of a 3D world inside of the portable game system. While the game has no official release date, Nintendo is hoping to have the 3DS system released by the end of the fiscal year, which ends on March 31, 2011. 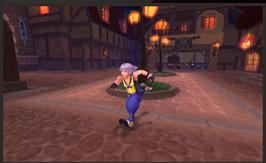 According to Tetsuya Nomura, who has been the Director, Concept Designer, Character Designer, and Base Story Designer for all of the Kingdom Hearts games, Kingdom Hearts 3D is is not the final name for the game but does have something to do with it. 3D does not stand for 3 Dimension, it is instead an abbreviation for the subtitle of the game.

The trailer began with Sora and Riku sitting by a Paopu Tree on Destiny Islands, while wearing their outfits from the original game. Riku disappears in a flash of light. Leaving Sora calling out to him as he searches for him on the island. The trailer begins actual game play with Sora using the Glide ability.

We then cut to a scene of Riku waking up in Traverse Town and walking into a courtyard and being attacked by Heartless. Riku looks up into the sky to see several unconscious Soras raining down from above. One Sora lands and summons the Keyblade, fighting off the Heartless and returns to game play mode. A Soldier type enemy then rises from the ground, but before Sora has a chance to fight the foe, he awakens to find himself sitting next to Kairi near the Paopu Tree. A starry sky is shown, and the game's logo appears. 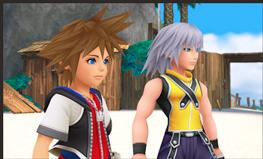 I will return with more information as it arises, though I am sure I am not alone when I say this. Nomura...Hurry up and bring us another console game! While I do enjoy the portable games, I want another console game too. It has been far too long since we have had a proper sequel to the game.

Until next time, I am your DizGamer saying keep those controllers charged because we have an amazing year of gaming coimng your way. Armand "DizGamer" Usagi.