Remember the big announcement for the re-imagined Downtown Disney?  Shortly after the official closing of Pleasure Island as we knew it, Disney announced a new theme and plan called “Hyperion Wharf.”  With concept art and an announcement of Splittsville, which did actually open, the buzz and announcements went silent.

Disney Springs will feature an eclectic and contemporary mix from Disney and other noteworthy brands. From boutique shops to unique flagship anchor stores, guests will be able to explore a variety of shopping, dining and entertainment experiences and discover options unlike any other currently available in Central Florida.

“Disney Springs will be a timeless, vibrant place where Walt Disney World guests and local residents can relax, shop, dine and be entertained in an imaginative setting where they’ll instantly feel at home,” said Tom Staggs, chairman of Walt Disney Parks and Resorts. “Featuring distinctive brands, world-class restaurants and unforgettable entertainment, Disney Springs will be brought to life with the same focus on storytelling and attention to detail that goes into our theme parks, resorts and cruise ships, resulting in a welcoming space that only Disney could create.”

Disney Springs will double the number of shops, restaurants and other venues for guests to explore, resulting in more than 150 establishments. In addition, Staggs noted, Central Florida stands to benefit from the expansion with more jobs, tax revenues and business opportunities.

Drawing inspiration from Florida’s waterfront towns and natural beauty, Disney Springs will include four outdoor neighborhoods interconnected by a flowing spring and vibrant lakefront. In addition to a new gateway with a signature water tower and grand entry, the destination will feature:

The Town Center, which offers a sophisticated mix of shopping and dining along with a promenade where guests can relax, refresh and reconnect.

A colorful and thriving commercial district called The Landing with inspired dining and beautiful waterfront views.

The family-friendly Marketplace that will continue to delight guests of all ages by combining new experiences, such as an over-the-water pedestrian causeway, along with classic Disney favorites, including an expanded World of Disney store.

A West Side that provides an exuberant atmosphere with lively entertainment, along with a series of new elevated spaces that provide both shade and an overlook to the activity below.

Collectively, these efforts will not only have an impact within Walt Disney World, but will also have an economic ripple effect on Central Florida. The project will create an estimated 1,200 construction jobs and nearly 4,000 operational roles.

Disney will share more details on specific experiences coming to Disney Springs in the future. Construction is slated to begin next month with new areas opening in phases. Disney Springs is expected to be complete in 2016. 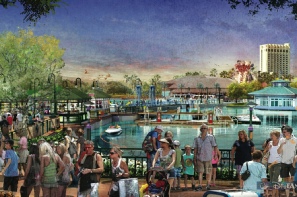 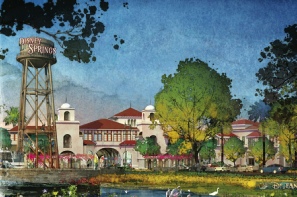 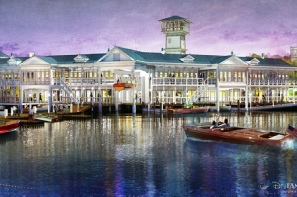 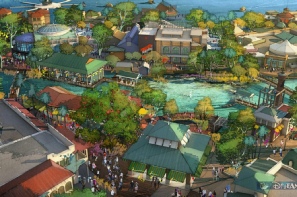 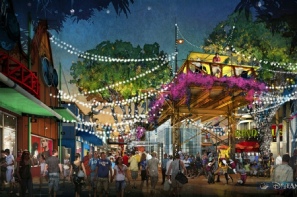