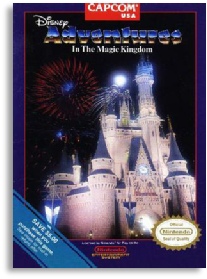 You can't see it but right now I have the biggest smile on my face as I write this because I just finished playing on of my favorite Disney games from my childhood. The NES had many Disney titles released but none made me happier than being able to walk around the Magic Kingdom and rides the attractions and answer trivia.

Adventures in the Magic Kingdom was released in 1990 by quite possibly my favorite video game developers to date, Capcom. What isn't there to love about this game? You get to play Mickey's best friend as he asks you to help find the 6 silver keys, so that he can open the gate to Cinderella's Castle and start the parade. In order to find the 6 keys you have to visit 5 different attractions and win them by overcoming different obstacles.

I always started with the trivia challenge for the first key. In order to obtain it you will find random people in the park who will confirm that you are truly a friend of Mickey's by asking you a trivia question. Sometimes these questions can be a little tricky unless you have knowledge of some of the older Walt Disney animated shorts as well as, well, what was at the time current Disney knowledge.

After having completed all the Disney trivia, you have 5 different attractions to choose from. Autopia, Space Mountain, Big Thunder Mountain Rail Road, The Haunted Mansion and Pirates of the Caribbean. 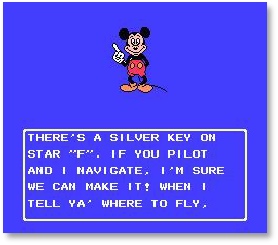 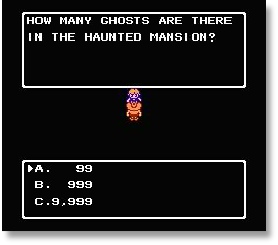 As a kid with almost no knowledge of Disneyland but a lot of WDW knowledge I always wondered why it was called Autopia in the game when in the park it was the Speedway. It seems that Capcom mixed up the two parks a bit as we see that the castle is referred to as Cinderella's instead of Sleeping Beauty's and it is called the Magic Kingdom. However, you find that the Speedway is referred to as Autopia and that It's a Small World is more reminiscent of it's west cost counterpart.

Autopia is a fun level and in order to win the key here Panhandle Pete challenges you to a race and if you can beat him you will get the key. This is the easiest level to beat and should not cause you any headaches as opposed to some of the more trickier stages to come.

Space Mountain was always the hardest for me to beat as a kid. Now as an adult with 22 years of video gaming under my belt and much better hand-eye coordination, it is a relatively simple level. Mickey informs you that the key here is found at “Star F”. Space Mountain will test you as you start at a slow pace at “Star A” and work your way through the starfields as well as confronting meteors and spaceships along the way. Your dashboard tells you with a minimal warning of what button should be pushed next as you approach the obstacle. Make your way faster and faster to Star F and you will have been awarded the next key. 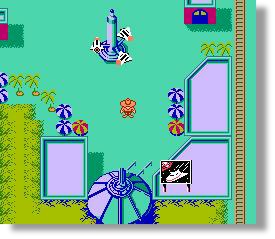 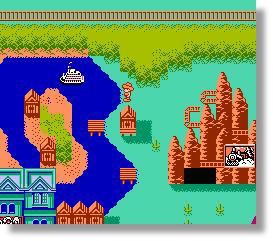 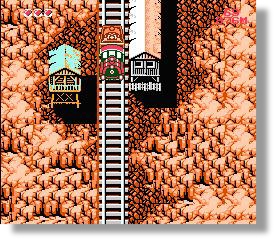 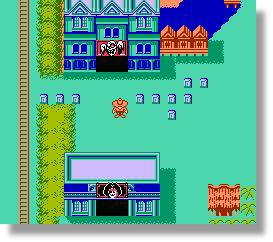 In the middle of the park you will find Big Thunder Mountain Railroad. Here Goofy informs you that he left this key at one of 4 random gates at the end. Along the way through Big Thunder you will have to slow down and speed up as you race against the clock and avoid boulders and crossing signs.

After making your way through all that we come to two of the hardest parts of the game in my opinion. The Haunted Mansion and Pirates of the Caribbean. The Haunted Mansion pits you against the 999 unhappy haunts armed with only candles to protect you. Pirates of the Caribbean pits you against those rascals, scoundrels, villains, and knaves as you try and rescue 6 of the town's girls. Both of these levels are platforming and require a lot of patience and jumping.

After having found all 6 keys, Mickey opens the castle gates and the game ends. Looking at the credits to this game now I can see why it was one of my favorites. Produced by Tokuro Fujiwara, during his time at Capcom. Tokuro worked on a lot of the 8 and 16 bit era Disney games as well as some many other classics like Ghost 'n Goblins, the Mega Man series, and the original Resident Evil. The games music was composed by Yoko Shimomura. Yoko has been responsible for composing some of the best video game music in my opinion. She has worked on every Kingdom Hearts game as well as Parasite Eve and Legend of Mana. 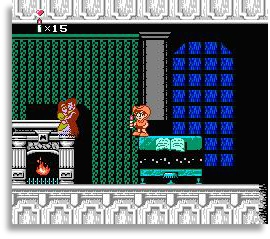 After 20 years I still love playing this game. Though with our new technology, a re-make is definitely needed. Imagine being able to not only travel around our favorite place in the world but to be able to experience the attractions and scenery while at home in between vacations to any of the Disney theme parks. Anyone who knows me, will attest to the fact that I am not a fan of remakes, but Adventures in the Magic Kingdom, if done correctly, can be a great remake on the PS3 and Xbox 360. I have nothing against the Wii but seeing what they did with the Ghostbusters video game on Wii versus it's PS3 and 360 counterparts, I think everyone can understand.

This game has always left me with one burning question. If you don't give yourself a name in the game. Why does it default to “Bamboo.7”? If anyone knows, please let me know.

Do you have a favorite Disney game that you want me to play and review? Are you secretly channeling a bit of Maleficent and want to be villainous by making me play one of the worst in the Disney gaming library? Send us and email and let us know!