Just in Time for the Holidays: First-Ever Dream Catalog From Disneyland and Walt Disney World Resorts

The One Catalog of Dreams That Money Can't Buy

(Oct. 1, 2007) -- As the holidays approach with a deluge of gift catalogs landing in mailboxes everywhere, Disney Parks today released an online catalog filled with amazing experiences that money can't buy.

To announce the extension through 2008 of the successful "Year of a Million Dreams," Disneyland Resort in California and Walt Disney World Resort in Florida teamed to create the first-ever Disney Dreams Catalog showcasing fabulous dreams that will be awarded in the 2008 Disney Dreams Giveaway.

Guests may browse the catalog online at www.disneyparks.com/dreamcatalog.

This first-ever Disney Dreams Catalog is a sky's-the-limit showcase brimming with amazing dreams that only Disney can make come true, such as:
A private tropical island paradise for the day... A VIP overnight stay inside Disneyland Park... A royal New Year's Eve, spending the night inside Cinderella Castle Suite... A star-studded trip to the "High School Musical 3" film premiere... A globetrotting trip to be the parade Grand Marshal in Disney theme parks on three continents.

And that's just for starters.

But the one thing guests won't see when browsing the online catalog? Pricetags. That's because the Disney Dreams Catalog is priceless -- literally.

"These dreams can't be bought anywhere, or by anyone," said Jay Rasulo, chairman of Walt Disney Parks and Resorts. "The Disney Dreams Catalog is an unprecedented collection of over-the-top experiences that only Disney can bring to life."

The dreams detailed in the catalog, and hundreds of thousands more dreams, will be awarded through a random process to eligible guests at Disneyland and Walt Disney World resorts throughout 2008, as well as eligible mail-in participants. The Disney Dreams Catalog features some of the biggest dreams Disney has ever imagined -- all of which will be awarded in 2008 -- including: 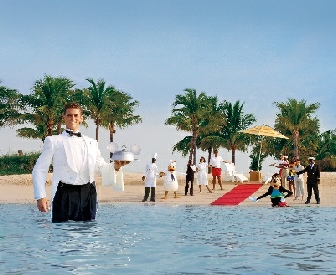 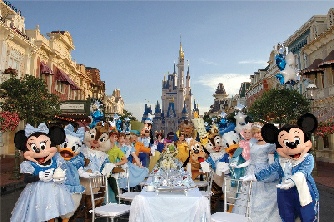 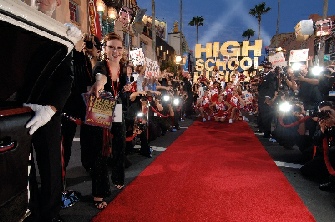 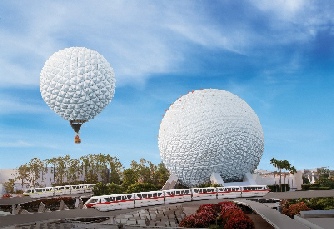 "During 'The Year of a Million Dreams,' we heard loud and clear from our guests that they wanted to keep dreaming even longer," Rasulo said. "We're pleased to be able to announce the continuation of the celebration today and introduce this catalog of fantastic new dreams to be awarded in the 2008 Disney Dreams Giveaway.

The 2008 Disney Dreams Giveaway is part of "The Year of a Million Dreams," a pull-out-all-the-stops Disney Parks celebration that includes incredible new attractions, parades and interactive entertainment -- with even more on the way.

The Toys are Back in Town in a New Disney-Pixar-inspired Attraction:
Both Disneyland and Walt Disney World resorts will open Toy Story Mania! a cutting-edge and interactive ride-through attraction that combines the fun of a video game, whiz-bang 3-D technology created by Walt Disney Imagineering and favorite characters from the smash-hit Disney-Pixar films "Toy Story" and "Toy Story 2."

Interactive Entertainment Brings Dreams to Life for Guests of All Ages:
The unique Disney Parks brand of entertainment that makes guests the stars of the show -- literally -- will share the spotlight at Disneyland and Walt Disney World resorts during "The Year of a Million Dreams," with expanded offerings that feature be-bopping, toe-tapping, lightsaber-wielding and pirate-plundering fun.

It's this type of interactivity that allows guests to live out the fanciful dreams of their imagination.

For more information about "The Year of a Million Dreams" celebration, visit www.disneyparks.com.