The Walt Disney Company Chairman and CEO Bob Iger announced to an audience of more than 7,500 fans that Star Wars-themed lands will be coming to Disneyland park in Anaheim, Calif., and Disney’s Hollywood Studios at Walt Disney World Resort in Orlando, Fla., allowing Star Wars fans to step into the stories from a galaxy far, far away.

Ambitious plans to bring Star Wars to life in the two parks include creating Disney’s largest single themed land expansions ever at 14 acres each, transporting guests to a never-before-seen planet, a remote trading port and one of the last stops before wild space where Star Wars characters and their stories come to life.

“I am thrilled to announce the next chapter in the long and exciting history between Disney Parks and Star Wars,” said Iger. “We are creating a jaw-dropping new world that represents our largest single themed land expansion ever. These new lands at Disneyland and Walt Disney World will transport guests to a whole new Star Wars planet, including an epic Star Wars adventure that puts you in the middle of a climactic battle between the First Order and the Resistance.”

These authentic lands will have two signature attractions. Along with the thrilling battle experience, another attraction puts guests behind the controls of one of the most recognizable ships in the galaxy, the Millennium Falcon, as they take on a customized secret mission.

Iger also shared concept images of the Star Wars-themed lands, giving fans a glimpse at what is to come for Disney parks.

The partnership between Disney and Lucasfilm dates back to 1987, when the successful Star Tours attraction, inspired by George Lucas’s legendary Star Wars film series, opened at Disneyland. The attraction was then redesigned, emerging as “Star Tours – The Adventures Continue” in 2011 and featuring more than 50 different story outcomes and the possibility to visit five different planets.

From a new Star Tours adventure to Star Wars Launch Bay, from a new Jedi Training Academy to “Season of the Force,” soon guests will be part of both new and enhanced experiences at Walt Disney World Resort and Disneyland Resort.

Star Tours – The Adventures Continue – Later this year, Star Tours will include a new adventure featuring locations and characters from the upcoming film, Star Wars: The Force Awakens, giving guests a new adventure in the Star Wars galaxy.

Star Wars Launch Bay – This interactive experience will take guests into the upcoming film, Star Wars: The Force Awakens, with special exhibits and peeks behind-the-scenes, including opportunities to visit with new and favorite Star Wars characters, special merchandise and food offerings. Star Wars Launch Bay will be located in the Animation Courtyard at Disney’s Hollywood Studios and in Tomorrowland at Disneyland park. Also at Disneyland park, Star Wars Launch Bay will share the space with the reimagined Super Hero HQ, featuring opportunities to meet and take photos with super heroes like Captain America and Thor, as well as experience the returning Iron Man Tech Presented by Stark Industries. Both experiences will be available for guests later this year.

Jedi Training Academy— A favorite of younger fans is reimagined with a new experience that includes new characters and a new villain to battle from the popular Disney XD series “Star Wars Rebels.”

Season of the Force – This new seasonal event, beginning early 2016, brings new experiences to both coasts. In Tomorrowland at Disneyland park, guests will explore the Star Wars galaxy with special entertainment throughout the land, themed food locations and more.

In Disneyland California Guests also will be thrilled to climb aboard Hyperspace Mountain, a reimagining of the classic Space Mountain attraction, in which guests will join an X-wing Starfighter battle. At Disney’s Hollywood Studios, guests will close out weekend nights with a new fireworks spectacular set to the iconic score of the Star Wars movies. 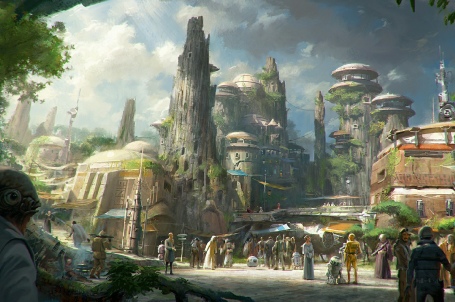 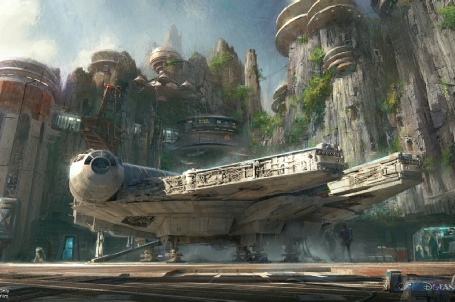 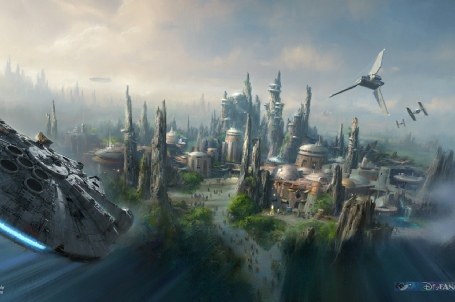 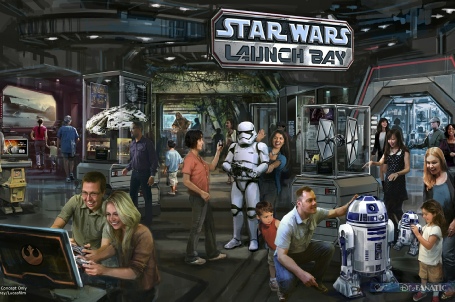