DizFanatic.com is home to a group of Disney Fanatics who live to share their experiences, knowledge and advice on all things Disney.

Our Mission: To help others enjoy all of the wonders of Disney as much as we do while enhancing our own enjoyment by sharing with and learning from others. 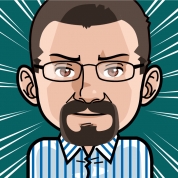 Michael, the original DizFanatic, has been a fan of Disney films, animated and live action, and a regular viewer of the Mickey Mouse Club since his earliest days. He has fond memories of his first trip to Walt Disney World in 1974 at the age of 7, but did not return until his honeymoon in 1991. That was the turning point when he tipped the scales from Disney fan to fanatic. Since then, he's returned dozens of times with and without children, and even a few times alone. He's visited Disneyland California and enjoyed the Disney Cruise line (and can't wait to return). Among his friends, family and coworkers Michael became the "go-to" guy for Disney trip planning advice, movie viewing and Disney related gift giving advice. In 2006, he founded the DizFanatic.com website with the hopes of sharing his obsession with a wider group of people. Unfortunately, do to his "normal" job as a Chief Electrical Engineer, time was not something readily available for his new project. However, he did find time to become a part time cast member at the local Disney Store to help feed his growing addiction. Fast-forward to now; Michael has teamed up with family and friends, old and new, with a similar obsession with the Disney experience, to grow DizFanatic.com together and move it forward. 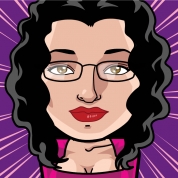 Anna, a.k.a. DisneyAnna, blossomed into a beautiful DizFanatic in during her teen years. Not being exposed to much Disney as a child, her high school sweetheart introduced her to Disney Feature Animation one afternoon. After a long discussion about the beauty and complexity of Disney films, she needed to be convinced that "a cartoon could make her cry." In went Bambi, and her boyfriend pressed "play" on the vintage 1976 VCR. 20 minutes later, out came tears and a new appreciation for what a work of art a Disney film could be. Born was a new Disney fan. Several years later Anna would marry that wonderful man and spend her honeymoon in Walt Disney World. That first trip to Disney pushed her over the edge as she not only became Mrs. DiMare, but she also became DisneyAnna, a new DizFanatic. Anna has returned to that special place countless times and especially enjoys those special dates with her husband when they leave the kids home. Anna studied Travel and Tourism at the City University of NY and has been a stay at home mom for the past 14 years caring for her 4 children, childish husband and managing a household. Her advice is frequently sought on Disney travel with children and the Disney Vacation Club. 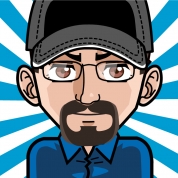 Adam has been a DizFanatic since his first trip to the Magic Kingdom on his 16th birthday. Since then, Adam has visited Walt Disney World at least once a year, has been engaged there, and honeymooned there. When he's not at the parks, Adam feeds his Disney obsession by writing about Disney technology on his blog DisTECH. He is also the technology columnist for DizFanatic.com writing his monthly DizTech column. Adam has a bachelor's degree in Professional Writing, and works at a background investigation company as his day job. You can read more of his work at his blog: distech.wordpress.com, and friend him on facebook at facebook.com/distechblog.

Beatriz is an artist who started her love of all things art watching movies like Winnie the Pooh and The Little Mermaid. A DizFanatic since the start of her childhood she's grown to appreciate the intricacies of the behind-the-scenes of the movies she loves so much. She went to the School of Visual Arts and graduated in 2008 with a Bachelor's in Fine Arts as a Cartooning major, and hopes to make comics that bring out the same emotions she feels when watching a Disney movie. Beatriz is the creator of "The Sometimes Adventures of THIS Guy" comic strip.

Beatriz is the creator of the DizFanatic banner as well as the Ears on Ears podcast mascot/logo. You can find her at her portfolio site bb.genkiinc.net or blog beabravo-art.blogspot.com contact her at beabravo.art@gmail.com. 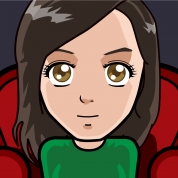 Hannah was a run of the mill Disney fan during her junior high and high school years. It wasn’t until her first visit to The Walt Disney World Resort that that fandom began to grow to fanaticism. After her first visit Hannah returned the resort exactly a year after her first visit. Shortly after that, she found herself applying for the Disney College Program. She now is a fully fledged DizFanatic. She is working in merchandise at EPCOT, and greatly enjoys making the magic every day. Hannah is glad to take on the responsibility of Walt Disney World correspondent and she will do her best to ensure that all Walt Disney World news is covered promptly. You can contact Hannah on facebook at facebook.com/Hannah.Feldstein.

Our History:
We have made countless trips to Walt Disney World in Florida as children, as adults, and as adults with children. We have also visited the Disneyland Resort in California and cruised the Disney Cruise Line as adults with children. We've watched Disney Feature Animation films so many times, that our DVD player knows every frame. We have been recently classified as "Type 1 Disney Fans", otherwise known as "Disney Fanatics".

Want to receive updates from DizFanatic.com? We occasionally send out a newsletter with exciting breaking news as well as new promotions from the Disney Corporation as well as DizFanatic.com. Sign up below to join our mailing list. We do NOT share our mailing list with anybody, so rest assured that your email address is safe with us. If you prefer to not supply your full name, just fill in your initials.

"The intensity of their fanaticism is unquestionably dangerous to their mental health. I would strongly recommend that they be locked up within the confines of Walt Disney World's gates." - Dr. J.R. Bob Dobbs, New York, NY

"The folks over at DizFanatic.com have been so amazing and helpful! Anybody planning a trip to any Disney theme park should take them along." - Ms. J. Child, Pasedena, CA

"When Don, my brother-in-law suggested that I take Mike from DizFanatic.com with us on our first Disney Cruise, I thought he was totally off his rocker. After weeks of lecturing us on how much it will enhance our vacation we finally gave in. My wife... and decided to take both Mike and Anna with us. It was the best vacation investment I could have made. I'll never do Disney without Mike and Anna again! Thanks Don and Dizfanatic.com!!!" - Roy & Flora Elias, Marceline, MO 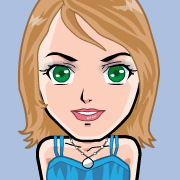 Kim has been a DizFanatic ever since she was born. Her first trip to Walt Disney World was in her mother's belly and she has visited more than two times each year for the last 26 years with either family or friends. Her obsession with Disney rubbed off on her from her father as he was a cast member throughout the 1970s and was even in the opening day parade at the Magic Kingdom. She loves adding to her many Disney collections every chance she gets as it helps her keep the magic alive while she is not at WDW! Kim's favorite rides are Splash Mountain, DINOSAUR!, Tower of Terror, and Soarin' and her favorite place to watch Wishes is from the Polynesian Beach. Her favorite characters are Mickey, Eeyore, and Tarzan, and her favorite Disney treat is a smores bar from the Main Street Confectionary. Although she never has been to Disneyland, she hopes to visit both there and Disneyland Paris in the near future. Kim is our resident DizCollector!

Armand is a former WDW Cast Member and has been a Disney geek ever since his father became a CM back in the late 80's. At the same time he found his love of Disney he also found the world of video games and movies. When he isn't in the parks you can find him at home with either a remote control or game controller in his hand. The DizGamer's favorite games are the Castlevania series, Legend of Zelda series, and Adventures in the Magic Kingdom. Still awaiting a cross-over of his two favorite things...Doctor Who and Disney. A guy can dream can't he? You can find him at: http://www.facebook.com/ArmandNoUsagi and follow him at: https://twitter.com/armandnousagi 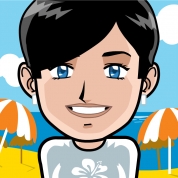