In a dramatic new projection show filled with special effects and magic, Cinderella Castle will transform into a shimmering canvas for images of Walt Disney World guests and the memories they made that day at Magic Kingdom.

In the nighttime spectacle, photos of guests captured that very day in the park will be projected larger-than-life among the spires and turrets of Cinderella Castle. In similar fashion, guest images will be projected onto “it’s a small world” on select nights at Disneyland Park in California, beginning Jan. 27. 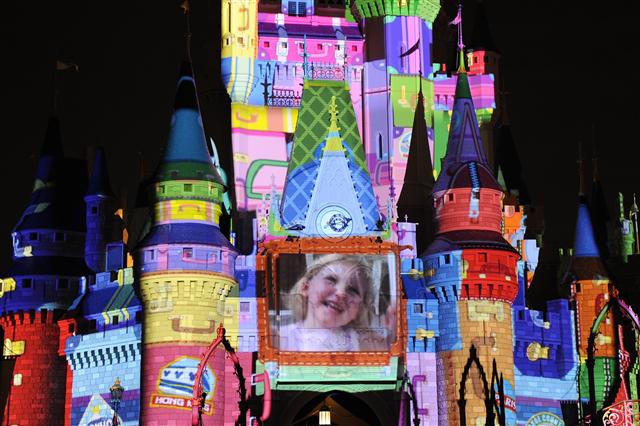 The ten-minute experience – called “The Magic, The Memories, and You!” – will dazzle park guests on both coasts in ways never before experienced, themed to beloved Disney stories and with playful animated sequences that seem to defy the architecture of the buildings. The spectacle is scheduled most nights with up to two shows per night depending on theme park operating hours and other special ticketed events. 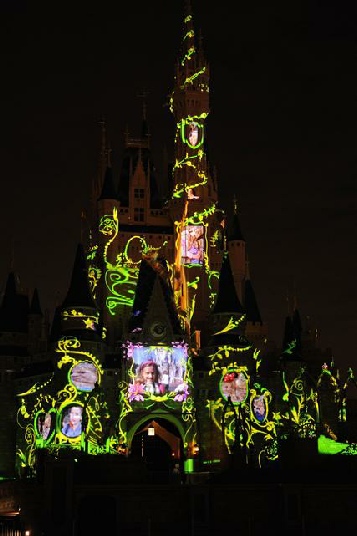 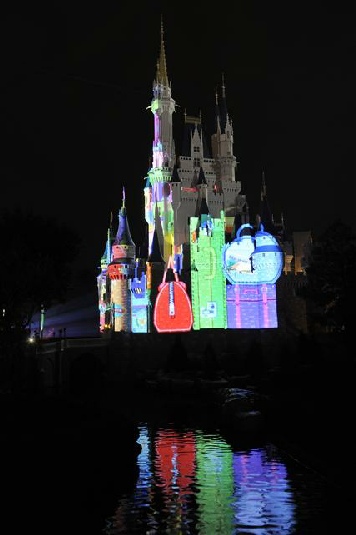 As many as 500 images shot that day will project onto the castle each night the show is presented, producers estimate. Disney PhotoPass photographers will capture guests creating new memories as they “smile for the castle.”

“Disney parks create family vacation memories to last a lifetime,” said Meg Crofton, president of Walt Disney World Resort. “What better canvas for those memories than Cinderella Castle, one of the most photographed icons in the world.”

After the sun goes down, 16 high-powered state-of-the-art projectors will bring the castle to life as that day’s photos (and videos taken from Disney’s “Let the Memories Begin” online hub) seem to dance about the famous facade, explained Alan Bruun, associate creative director, Walt Disney World Entertainment.

As classic Disney music weaves in and out of the new “Let the Memories Begin” theme song,turrets spin while the castle shimmers and magically transforms itself in playful and exciting ways to accompany the guests’ memories of fun, adventure and family experiences.

“The images dance to the music and culminate in a spectacular finale punctuated by animated and actual fireworks,” Bruun said.

As Disney Parks encourages families to “Let the Memories Begin,” guests have been celebrating their only-at-Disney memories by sharing their stories and by uploading photos and videos online at DisneyParks.com/memories.

Vacation memories hold a special place in the hearts of families, too, according to a recent survey of Americans and Canadians conducted by Ypartnership, a leading research firm that tracks consumer insights and trends in travel.

Nine out of 10 parents polled said they plan their vacations with the express hope of creating a lasting family memory. And most memories don’t fade with the passage of time. Nearly three-quarters of those surveyed said they think back “often” or “very often” on their most cherished vacation memories.

BY THE NUMBERS: ‘The Magic, The Memories, and You!’ Nighttime Spectacle