Greetings, Program. The Master Control Program has chosen you to serve your system on the Game Grid. Those of you who continue to profess a belief in the Users will receive the standard substandard training that will result in your eventual elimination. Those of you who renounce this superstitious and hysterical belief will be eligible to join the Warrior Elite of the MCP. Each of you will be given an identity disc.  Whatever you do or whatever you learn will be imprinted on this disc. If you lose your disc or fail to follow commands, you will be subject to immediate de-resolution. That will be all.

Actually that will not be all, as many of us know the mysterious Kevin Flynn helped saved the programs from the rule of Sark and the MCP, but all is not well in the virtual world.

When I heard we are going to be getting a new game based on the new Tron film, I was super excited.  As more information has been released about this game, my excitement has only been increased.

Tron: Evolution is going to be a prequel to the upcoming film, Tron: Legacy.  While not much of the storyline has been revealed, they have wet our appetite with other juicy morsels.

TRON: Evolution is going to be an immersive 3rd person action-adventure game in the world of TRON.  Gamers will explore TRON’s cities using the free running phenomenon Parkour, navigate among different rebel factions, and fight in an epic battle against a dictator’s seemingly unstoppable army.

For those of you who do not know what Parkour, or as it is more commonly known Free-Running. 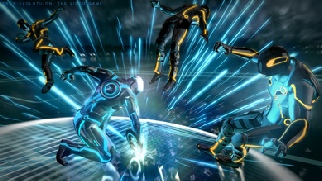 It is a non-competitive, physical discipline of French origin in which participants run along a route, attempting to negotiate obstacles in the most efficient way possible. Skills such as jumping and climbing, or the more specific parkour moves are employed. The goal of a practitioner of parkour, called a traceur if male, ortraceuse if female, is to get from one place to another using only the human body and the objects in the environment. The obstacles can be anything in one's environment, but parkour is often seen 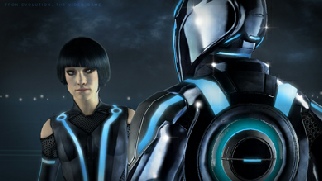 practiced in urban areas because of the many suitable public structuresavailable such as buildings and rails.

Many gamers will recognize this as the main idea behind EA's 2008 hit game Mirror's Edge.

You will be controlling Anon, short for "Anonymous". This name was chosen by the creators to allow the player to personify the character for themselves. The game is going to feature High Mobility combat meaning Battling the enemies of the TRON world with your identity disc using a blend of Parkour and martial arts movement on your mission across the grid.  Light Cycles, for both transportation and combat.  Tron: Evolution will also feature and online/multiplayer mode that will allow persistent character progression

Do you want to play this game?  Well, what system do you have?  Doesn't really matter. Developers, Propaganda Games, is (released) Tron on December 7, 2010 for almost all current Game systems.  Microsoft Windows, PlayStation 3, PlayStation Portable, Xbox 360, Wii and Nintendo DS.  Sorry Mac users. 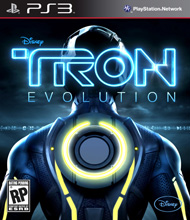 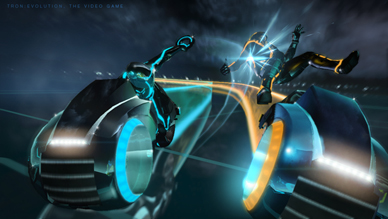