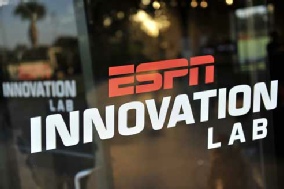 When Disney decided to bring the ESPN name to the Wide World of Sports Complex, it didn’t result in just new signage and the chance to capitalize on the biggest name in sports broadcasting. Before the re-branding was even complete, Disney launched the ESPN Innovation Lab.

With it came a host of exciting new technologies that are changing the way ESPN presents today’s biggest sporting events. Since the public isn’t allowed in the Innovation Lab (and – full disclosure – that means I haven’t been in there, either), I thought it would be fun to do some research on it and bring it to you in this (very late) installment of DizTEch. Let’s take a look at some of the creations that are being developed at the Innovation Lab.

If you are a baseball fan, you know that one of the unique things about the sport is that almost everything can be tracked statistically. One thing, however, that is somewhat more difficult to track is defensive stats. How fast can a player get to a ball in the field? What kind of range does he have, and how fast can he get the ball from his glove to his throwing hand and get rid of it?

Until now, we could watch and describe a player’s skill on defense, but it was hard to quantify those elements. On July 25, ESPN unveiled the Diamond Track system in their telecast of a St. Louis Cardinals vs. Chicago Cubs matchup. ESPN VP of Emerging Technology Anthony Bailey said this new technology was created completely in-house at the Innovation Lab. 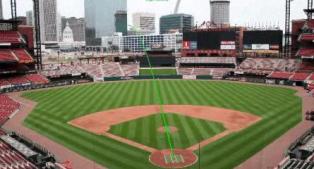 How does Diamond Track work? A camera placed high above and behind home plate has a view of all players on the field. An operator uses a high-end laptop with Diamond Track Software to mark where every player is on the field as the play starts. The players are tracked until the play is over, and a replay server feeds this information into the Diamond Track software. With this information, the operator can determine a number of statistics, including how long it took the batter to run to first base and how long it took a shortstop to throw the ball.

Baseball isn’t the only sport that will benefit from this technology. ESPN plans to develop systems like this for basketball and football, also. And they will continue to improve the Diamond Track system as it exists now. The next step is to completely automate the system. Instead of having an operator who has to be there the entire time, eventually the computer will be able to complete the whole process.

Have you ever watched Star Wars and wondered when we would have hologram technology just like that used by R2-D2 to show Princess Leia’s distress video? Well, ESPN Innovation Lab has it down…sort of.

In February, ESPN used a new technology called Ultimate Uplink to “beam” Orlando Magic center Dwight Howard to the studio in Connecticut for an interview. Howard, though still in Orlando, appeared to be sitting live right beside ESPN anchor Stuart Scott in Connecticut.

This technology sounds somewhat similar to green screen technology. In fact, Ultimate Uplink uses green screens to make everything work. Whoever is about to become a “hologram” sits in front of a green screen, which allows the image of that person to be superimposed on another video feed. In the Dwight Howard interview, Howard sat in front of the green screen and that was superimposed over the video feed with Stuart Scott. So, while we can see both people on the screen, Stuart Scott is only able to see Dwight Howard on a monitor (and vice versa). It must be somewhat awkward to pretend to be talking to someone that’s supposed to appear to be right in front of you, but in reality you can only see that person on a screen that’s off-set.

3D is all the craze these days, and you’d have to have an extreme case of selective hearing to not know about it. Naturally, the people at the Innovation Lab have been working on 3D technology. We’re not talking about 3D that’s filmed, edited, and shipped out to a movie theater, though. This 3D is live and delivered straight to your TV.

Over the last few months, we’ve seen more and more 3D capable TV sets released for the public’s consumption. Also, movies are starting to come out on 3D-capable Blu-Ray discs, and devices like Sony’s PS3 are now able to play them. So, live broadcast television is the next key to bringing 3D viewing into your home.

Heavy development and preparation for ESPN’s 3D network (aptly named ESPN 3D) happened at the Innovation Lab. ESPN named the Lab its hub for development of 3D technology. If you ever buy into the 3D experience, you can thank the minds at the ESPN Innovation Lab for their work on bringing ESPN 3D to life.

The Future of Sports Telecasting Is Coming!

These three technologies are only examples of what’s coming out of the ESPN Innovation Lab. There are other examples of exciting developments like Ball Track (which uses a Doppler Radar to track where a baseball is in the air) and Snap Zoom (used to get you up close to a close NFL play), but I thought these were great examples of where ESPN is looking with their technological explorations.

The ESPN Innovation Lab is perhaps the most intriguing element to come from the re-branding of the Wide World of Sports. If you want to take a look at where all of this innovation is taking place, the Lab is located on the southern side of the WWoS Complex. You’ll find it right next to the Tennis Complex. Remember, however, this isn’t an EPCOT pavilion. You won’t be able to walk in and gawk at everything they’re doing. You might get lucky, though. They have to go out and test all of these gadgets sometime, right?