While never “officially” canceled, huge rumors are buzzing about a major re-imagineering of Downtown Disney & the Hyperion Wharf district. But we’re still awaiting the official word…

New dining, shopping and entertainment experiences are in the works for Downtown Disney and today we’re sharing a first look at what to expect in the future for the 120-acre complex. Look closely and you’ll see that Pleasure Island will evolve into a vibrant waterfront district called “Hyperion Wharf.”

The district will come to life with a nostalgic yet modern take on an early 20th century port city and amusement pier. By day, stylish boutiques and innovative restaurants will draw you in and by night, thousands of lights will transform the area into an electric wonderland.

Taking its name from Hyperion, the Greek god of light, as well as the street on which Walt Disney built his first major animation studio, the wharf district will also feature a relaxing lakeside park and enhanced pedestrian walkways. And its diverse eateries will expand dining availability at Downtown Disney by more than 25 percent.

Along with the new wharf district, other projects are underway at Downtown Disney, including:

Construction on the district begins immediately and it’s scheduled to be completed in 2013. 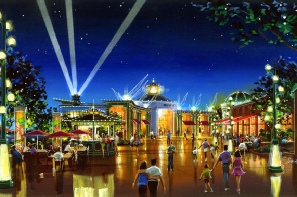 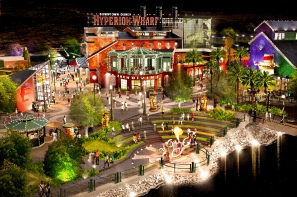 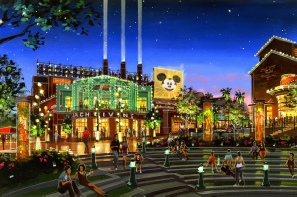 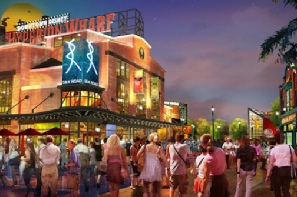 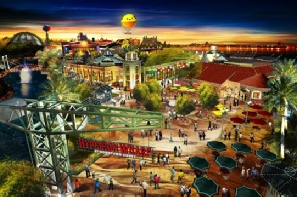