"The Loss of Propaganda Games" 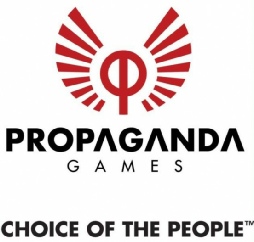 This is a sad day for Disney console gamers. Disney Interactive Studios has closed Propaganda Games, their Vancouver based game development studio. The first blow to Propaganda was in October 2010 when the development of Pirates of the Caribbean: Armada of the Damned was canceled, resulting in a loss of around 35 employees.

After the release of the last Propaganda Games development, Tron: Evolution failed to meet company expectations, it was decided to close the studio. Tron: Evolution, a multi-console release title sold just under a quarter million copies across 6 different systems.

John Pleasants, formerly the CEO of online social gaming company Playdom, was given the position of Co-President of Disney Interactive Media Group (DIMG) and still holds the position of General Manager of Playdom. This occurred during DIMG's acquisition of Playdom in August of 2010. 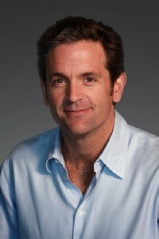 John Pleasants new position within the Disney company as well as the closing of Propaganda Games seems to mark a change in the way DIMG feels about console gaming. This supported by a quote from Disney Chief Executive Robert A. Iger.

"We've seen a pretty big shift in games from console to what we'll call multi-platform, everything from mobile apps to social networking games," Iger said. "By putting John Pleasants in to run games, not only will he focus on turning those businesses to profitability, but diversifying our presence in the business."

I am afraid that from what I have seen and played of DIMG's recent console game releases is that it is not a shift in the market from console games. It is sub-par games that are being released. Recently a M for Mature rated game called Call of Duty: Black Ops was released on multiple systems. This game sold 4.3 Million copies on the PlayStation 3 in its first week alone. This is partial proof that if a good game is made it will sell. However Disney doesn’t seem to see that. Epic Mickey sold an underwhelming 240,092 copies during its first week of release.

I think part of this has to do with marketing. I never saw a single TV spot for Epic Mickey until the day it was released. I talked with many of my fellow gamers in the month leading up to the release of the game and they just looked at me like I had a second head growing, because they had never heard of anything that awesome sounding coming from Disney, let alone being released only a few weeks after our conversation.

Do I want to see DIMG make a good mark on the gaming market? Of Course! I complain because I care. I want to see more fun games coming from the company. I realize that with the internet and social media sites like Facebook and such, that casual gaming is becoming more popular, because non-hardcore gamers don’t want to lay down $300 for the newest console or $50-60 for the most recent release title.

This is why I think that John Pleasants has been given such a high position. DIMG wants to focus more on games that they see as profitable, the facebook games like Social City and Tiki Resort. It is easier and cheaper for them to pop out an online flash based game than it is to spend the time and money to release a disc based game.